By ERNIE REZENTS
For The Maui News—

Mango is enjoyed by many people but is grown only in tropical and subtropical climates world wide. India alone has about 500 different types and is this fruit’s major exporter. The Philippines is second. The main importers of mango fruit are England and France. Indians living in England and the British who formerly lived in India are the primary consumers of mango in England. As a kid I used to look forward to eating green and half green common mangoes dipped in a combination of black pepper and shoyu. We also partially dried half ripe mangoes that were cut right through the seed in halves then cooked them with Chinese Five Spice to make mango seed. We pickled half ripe mango flesh in sugared vinegar seasoned with Li Hing Mui seed and made pickled mango. We were envious of people who lived in Lahaina, or had friends living in Lahaina, because mangoes in that part of the island “came-in” earlier. Roadside stands sold (and still do) the early fruiting small type Lahaina mangoes. These fruit have a large seed, a somewhat stringy flesh, but are sweet tasting when ripe.

Even though I knew that Makawao is not mango country, I planted a Haden mango tree on October 1, 1972. The tree has been a poor bearer because invariably fungal diseases attacks the flowers. The tree still grows because it provides good shade. Haden mangoes do not do well in a wet humid environment because these are the conditions that promote the devastating Anthracnose fungus that infects flowers, fruit, and leaves. When infected, the leaves become discolored and crinkly. If a drought occurs during the time of flowering we can expect to eat mangoes that year. Luckily my father had a Haden mango tree in Wailuku that the family benefited from. When that source ended the entire family was not very happy. His tree was the only one producing mangoes for the family. Because this is the time for mangoes, and I have had many questions from people about mangoes, I will devote this and the next article to growing this popular fruit.

Mango, Mangifera indica, originated in southern Asia, especially eastern India and Burma. It is a member of the Anacardiaceae family. Other members of this family are: Christmas Berry, Cashew, Poison Ivy, and Poison oak. These plants contain chemicals that are toxic to many people. Some people can eat mango but must have someone else peel it for them. They are allergic to the sap and will break-out in a rash. Luckily most of us are immune to mango toxins so can peel and enjoy the fruit. I cannot say the same for cashew nuts other than those you buy in the bottle.

The mango tree grows in sandy as well as loam soils and requires good drainage. It will grow to 1500 feet elevation but is more productive if planted below 1200 feet and in areas that are dry during flowering. It requires less than 60 inches of rain per year but will need to have supplemental irrigation if it is too dry. I have not seen a dwarfed mango tree; the common mango grows to more than 60 feet tall. Most backyard varieties are between 25-40 feet tall. Creative pruning has dwarfed some to make picking easier and limits the amount of leaves dropped. Because trees are usually taller than commercial pickers, mangoes are commonly picked with a long bamboo pole with a hand fashioned stiff wire loop on the end to which a pant leg is sewn. The bottom of the pant leg is sewn shut to make a bag for catching mangoes. The stiff wire loop is crimped to create a neck large enough for the fruit’s stem to pass through but not the fruit. To pick a mango the bag is positioned so that the fruit is suspended within the bag. The fruit’s stem is passed through the crimped wire. The pole is pulled down. The stem snaps and the fruit drops into the homemade bag. Someone in Lahaina has a similar picker but only with a very long tube that reaches to the ground. Picked fruit move through the tube to the ground using friction to break its speed. The only problem is that the long tube would be difficult to pick mangoes from the tree’s interior. The bag is more convenient but requires frequent emptying.

The mango was introduced into Hawaii in about 1824 by Don Marin, a Spanish horticulturist in Honolulu, and the Reverend Joseph Goodrich, a missionary in Wailuku, Maui. Since 1903 the University of Hawaii Experiment Station has evaluated nearly 200 cultivars and has developed a list of types recommended for planting in Hawaii. Some not on the list are still a favorite to many of us for one reason or another. Many of the evaluated types were discarded because of poor production, inferior quality, unattractive color, and susceptibility to the Anthracnose fungus, Colletotrichum gloeosporioides. Resistance to or tolerance of the disease are important because conditions promoting an epidemic (rainy weather and high humidity) frequently occur during the flowering season.

Mangoes producing several plants from one seed are polyembryonic. These young plants (the common mango for example) are true to the mother plant. Most plants produce seeds that are monoembryonic – only one plant grows from each seed. These young plants are the result of sexual fertilization and because of genetics will not be true to the mother plant. The many recommended and not recommended mango cultivars are mostly of this type and are seedlings from known cultivars. Once a mango is selected and recommended for planting propagation must be by vegetative means, grafting primarily. Planting a seed does not provide you with the identical fruit.

The Haden mango is the most popular mango grown in Hawaii. It is a seedling of the ‘Mulgoba’ mango grown in Florida, 1902. The Haden served as a standard of excellence in Florida for many decades and when it was introduced into Hawaii was superior to any mangoes growing here at that time. The fruit is medium to large and has an attractive thick skin. The flesh is fibrous. Now with all the new cultivars to choose from the University of Hawaii is not recommending that Haden be planted. There are many other “newer” types that are superior in fruit quality and produce annually. The Haden produces a large crop in alternate years and is very sensitive to the Anthracnose fungus as well as powdery mildew. Mexico exports primarily Haden to the U.S. The cultivars described below are all part of the list recommended for planting in our State.

The Gouveia cultivar is named after a Mrs. Gouveia of Palolo Valley, Oahu. She planted a seed from the Pirie cultivar. The seedling tree produced good to excellent quality fruit (in fact the best quality compared to the other recommended cultivars). The Gouveia mango is sensitive to Anthracnose so should be planted in relatively dry areas. Its production is on the “light” side and bears fruit from July through August.

The Rapoza mango is another seedling and is named after Herbert Rapoza, a worker at the Poamoho Experimental Farm. This cultivar produces very large fruit, attractive in appearance, of excellent quality, and is generally late bearing (August through October). It bears a heavy yield each year. It flowers in the spring time and again later so is recommended for wet as well as dry areas. With the repeat flowering it produces fruit even though Anthracnose is a problem.

Ah Ping produces a medium sized fruit. This cultivar originated as a seedling growing in the yard of Mrs. Chu Ah Ping in Mapulehu, Molokai. The fruit’s appearance is excellent and quality very good. It is an annual bearer during June and July. Yield is of a moderate amount.

Fairchild was introduced to Hawaii from Panama by Walter Lindsey in the 1920s. It produces small yellow fruit of very good quality. It is tolerant of anthracnose and is recommended for wet humid areas. Its fruit is of very good quality and the tree produces a moderate yield. I have eaten Fairchild mangoes and can say that the fruit is not stringy and is of good taste. Because of its small size there is less to eat, but I would have had fruit all these years if I had planted a Fairchild instead of a Haden mango tree.

Pope mango is named for a horticulturist who worked for the experiment station. The tree is a seedling from one growing in Florida. It is consistently high-yielding and bears annually from July to August. Fruits are medium sized and rank second to Gouveia in taste quality.

Nam Doc Mai Mango is from Thailand. It is not on the University of Hawaii recommended list but is resistant/tolerant to Anthracnose. So is the Chinese mango that was so common many years ago. This latter mango is quite stringy, green skinned when ripe, and has a yellow flesh.

If I had to do it all over again I would plant a Rapoza mango tree. I am impressed with its characteristics; it can be planted either in wet or dry areas.

I will continue next time and will discuss propagation, planting, fertilizing, watering, and diseases. 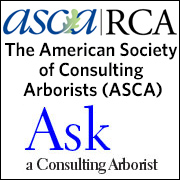 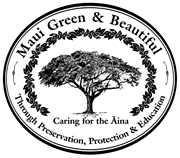